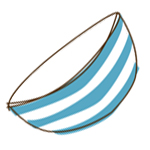 Once upon a time there was a little boy called Zac. Like lots of little boys, Zac loved playing pirates and dinosaurs and getting covered in mud. Although Zac’s Mummy loved him very much, she wasn’t so keen on pirates or dinosaurs or mud. So Zac and his Mummy decided they would find something very special that they both liked to do together. As it happened Zac’s Mummy was a baker so one day she asked Zac to help her to make some biscuits. They had a brilliant time together squidging and squashing, mixing and rolling. Zac and his Mummy realised that baking together was really fun, so they decided to go on lots more baking adventures together. Zac told all of his friends about his baking and they wanted to join in. So Zac and his Mummy took some of his friends on their baking adventures with them and guess what – they loved it too!

Zac and his Mummy soon realised that they couldn’t take all the other children in the world on their baking adventures with them. So Zac’s Mummy decided to make a kit to help the other boys and girls go on adventures of their very own. Zac took control of making sure that his Mummy’s baking kits were super squidgy and mega yummy. Whilst his Mummy made sure that they contained only quality ingredients (no nasties), had all the dry ingredients needed in just the right amounts and were really simple for little boys and girls to use. 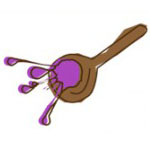 When all the kits were made, Zac’s Mummy asked him what they should call their little baking company, he couldn’t think of a name because he was far too busy taking his new sister Lily on her first baking adventure! 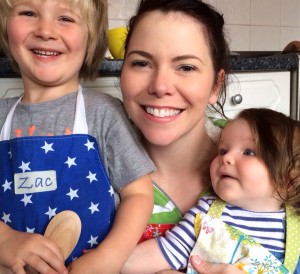 Latest From The Blog

You can find out more about which cookies we are using or switch them off in settings.

This website uses cookies so that we can provide you with the best user experience possible. Cookie information is stored in your browser and performs functions such as recognising you when you return to our website and helping our team to understand which sections of the website you find most interesting and useful.

Strictly Necessary Cookie should be enabled at all times so that we can save your preferences for cookie settings.

If you disable this cookie, we will not be able to save your preferences. This means that every time you visit this website you will need to enable or disable cookies again.